Government Agencies Who Use Social Media

It’s a true fact that social networking media has shown remarkable performance in grabbing the attention of people. Through social networking, people are able to know about what they are and what types of opportunities they can obtain to promote their network. You would have seen several social media network where people like to know about each other and want to make longer relationships. In this manner, Facebook, Twitter and MySpace are on top of list where people want to share their feelings, creativity and innovation. According to one survey, this marketing tool is more powerful than ordinary adverting tools like televisions ads, radio announcements and hoardings etc.

Thousands of people use Internet and join the social media network too. Businesses take valuable advantages from this source by contacting those people who can provide them utmost advantages. I have heard from several of my friends who are running their own businesses that social networking is the most workable advertising tool which provides you chance to meet those people who are intelligent enough and who can also be your potential customers. And this is also true that in order to get high success, you have to seek out those options which can advertise your products and services properly.

That’s why, US Navy is also thinking of taking step of joining the social network. It’s very surprising that now they also have to advertise like this because there are lots of youngsters who have searched the different fields other than to join US navy. It is now the mission of US Navy to spread awareness about the career lists and the job opportunities one can find in this arm. They have uploaded their various interesting videos on YouTube so that youngsters don’t have to face difficulty while approaching them.

US Navy has launched their visual new channel as well as they have also made their health care section on Facebook which is one of the most influential social networks on Internet. In this section, people may ask several questions about the health care in US Navy. For example, how injured Navy officers can have their best treatments and how they obtain special care from this department. The purpose of joining this network for US Navy is to get appropriate recruit and to aware the people about their health care center and they are obtaining ultimate feedback.

US Navy has also introduced a new section for women, especially for moms. They have provided enough knowledge about how moms and wives can join them and what sort of work they can do to serve Navy. You surely will be well aware of Ning, where people have to send their feedbacks and reviews so US Navy is also registered over there. In this network, they get the people’s opinions about any improvement which people want to see in their arm. In short, we can say that social networking is the most powerful channel to get the people that stuff which they cannot obtain from other common media.

If you enjoyed this post, please share it with your followers on Twitter! I appreciate it, and I’m sure those who get it as a result of you sharing it will appreciate it too!

P.S. Be sure to leave your comments while you’re here. I always look forward to your thoughts and feedback. So I’m listening… Drop me a comment. 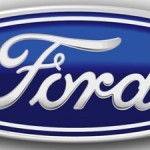 Ford has realized the power of connectivity that social media provides to people and its extension to the promotion of products and brands promotion. It is becoming easier and easier to interact with each other. As we all looking for human interaction, social networks help us satisfy this urge.
READ MORE → 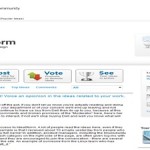 Dell targeted around 80,000 employees working with them. Their aims seemed to be the changing of the culture of work inside the company regarding ‘email’ and deal with the tools in social media which are generally popular. They aimed at reduction of the constant email traffic and make the discussions among employees transparent.
READ MORE →